Hitting the spot on Christmas Day

We arrived at the Tsawwassen Ferry Terminal with plenty of time to spare before we boarded the Queen of New Westminster to Nanaimo. We only had snacks on our journey so far.

It being Christmas Day, lots of things were closed in the terminal area. Vending machines were not a wanted option. So I headed over to the Tsawwassen Quay Market to check it out, fingers crossed. The air was fresh and the wind was brisk.

Tsawwassen market is a small retail market that showcases a West Coast theme and lifestyle, featuring fashion and crafts. There are usually plenty of food options but today, only three were open. The Rocky Mountain Chocolate Factory was immediately ruled out by me. 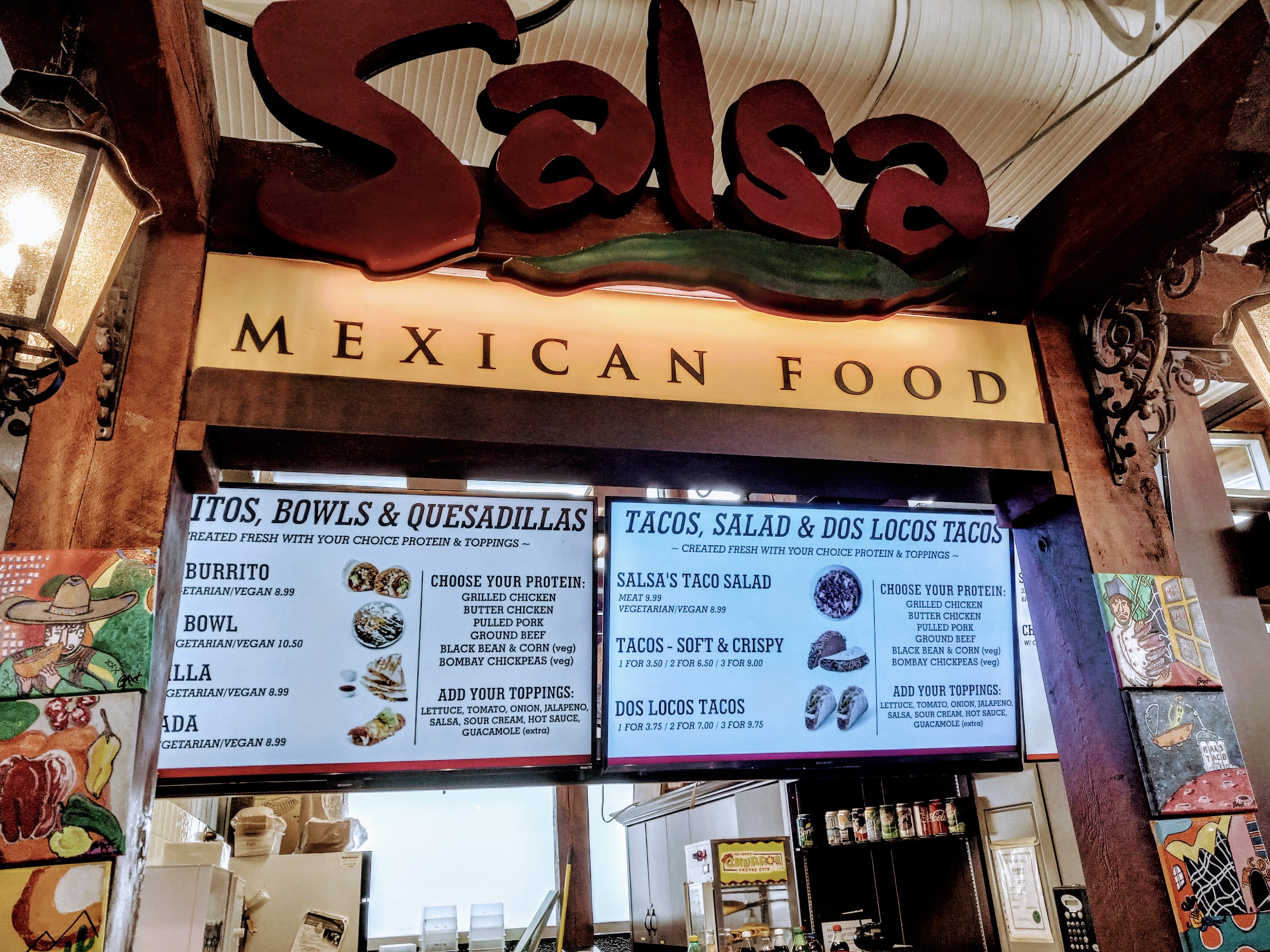 I texted the menus over to see if the Waffle family were interested. They were. The question was: did they want to come over or would they like me to deliver? The food might get cold if I walked back to berth 3 with it. So the decision was made to enjoy the fresh air.

Once we set up our new base camp at a counter by the back corner window, the kids decided that Frankie’s had what they wanted : hot dogs. Mel wanted Frankie’s Famous Philly Cheesesteak. I strolled over to order. I got there just in time to be third in line : sailing time was getting closer and more people were showing up.

I ordered two Double Dog Specials ($8.99) (two with ketchup only, two with ketchup and mustard), the Cheesesteak ($8.99) and I opted for Frankie’s Signature BBQ Beef Sandwich ($8.99). I paid and was then informed that it would take 15 minutes. That seemed like a lot.

I got to stand on the side and watch. The steak for the Philly Cheesesteak was pre-cooked. It was unwrapped, put on a plate and in a steamer it went. While the meat was warming up, the sandwich was being prepped. A large hot dog roll was stuffed with a mix of shredded cheese. Once the meat was ready, it was added in the sandwich, and it went back in for a steam to melt the cheese. After pulling it out, BBQ sauce and raw white onions were added.

Next, the hot dogs. Frankie’s Franks were no babies. Jumbo weiners, a whole bunch steaming in a big tray. Fresh hot dog rolls were pulled from the bag, the sausage put in them, and the dogs went into another steaming device – they barely fited.

Next, my Beef Sandwich. First, the hamburger bun was toasted on a panini press. The meat was different than the Cheesesteak, it had a nice pink colour from the package before going in the steaming machine. Mayo went on the bottom bun, followed by the beef, BBQ sauce, coleslaw and more mayo.

Anyone who ever had a Philly Cheesesteak would be appalled by this sandwich. Sure, the steak was minced thinly. But there was no apparent caramelization of the beef, as you usually get when cooked on a griddle. Hot dog rolls are not hoagie rolls they are not as long, anyway. But the bun was honest. Cheese wise, the cheaper versions are usually made with American cheese or even Cheeze Whiz, fancier versions use Provolone. Here, we had a cheddar blend, so the texture was a bit off. The addition of raw onions is not unheard of, but I prefer grilled onions.

As for my beef sandwich, it was probably the most interesting of the bunch. The meat was juicy, steaming does that. The coleslaw was creamy. It worked well with the BBQ sauce, a darker kind of sauce, providing sweetness and bitterness. There was mayo, too, which might have been a bit much. Thankfully, the sandwich held togheter fine. The bun was fresh enough to absorb the moisture well and the toasting was done on the outer crust.

Now, let’s not kid ourselves here. An attentive reader might have noticed that despite Frankie’s labelling itself a “Barbecue Grill”, this is not a Barbecue joint and no grilling is ever involved. This is not haute cuisine. This does not even quality as fast food. It is overpriced. But we were so hungry, it hit the spot. And that is all that really mattered, there and then.

We made our way back to Berth 3 to watch the Queen of New Westminster arrive at Tsawwassen. We were all set to sail away.