Our anniversary was coming soon and the kids were away at Camp Mami and Pappi so we were free to decide and do something fun and unusual.

An email caught my attention as a great way to celebrate. Beckta was inviting us (well, me!) to an evening of BBQ and libations on a rooftop.

Their friends at Enright Cattle, a family farm near Tweed, were going to help Beckta host a BBQ on their rooftop patio. For $65 per person, we could enjoy five BBQ options and two beverages.

We arrived there early, to make sure we could enjoy the beautiful August sun. We were greeted by Stephen Beckta, who promptly directed us to the bar. Good man.

To drink, there were a couple of options:

Cave Spring Rosé or their house made Sangria, or beers from Kichesippi: the Heller Highwater or the 1855. 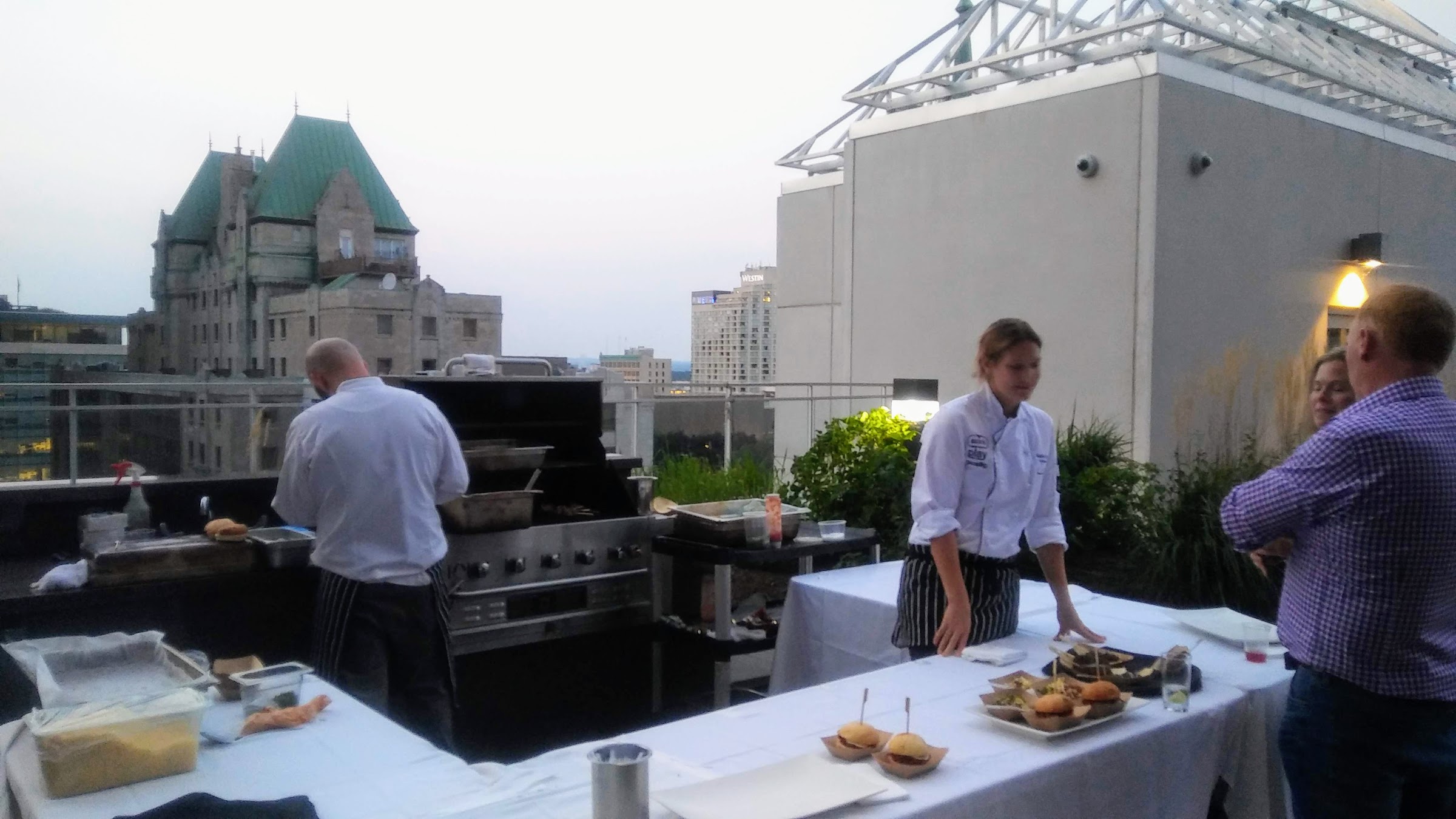 At the grill, Executive chef Katie Ardington and chef Shane Brown were working hard to have the food ready.

We grabbed two beers and we soaked in the nice Ottawa view. Ottawa being a small town, we bumped into some friends that also thought this was a great idea.

The weather was gorgeous, the music was jazzy and the mood was festive. I admit, though, that there were less people that I expected.

Here were the five BBQ options:

Corndogs with housemade ketchup. The batter was light and crunchy. The dark colour could throw you off, but they were quite good. The housemade ketchup was a nice touch, not as sweet as a commercial version. 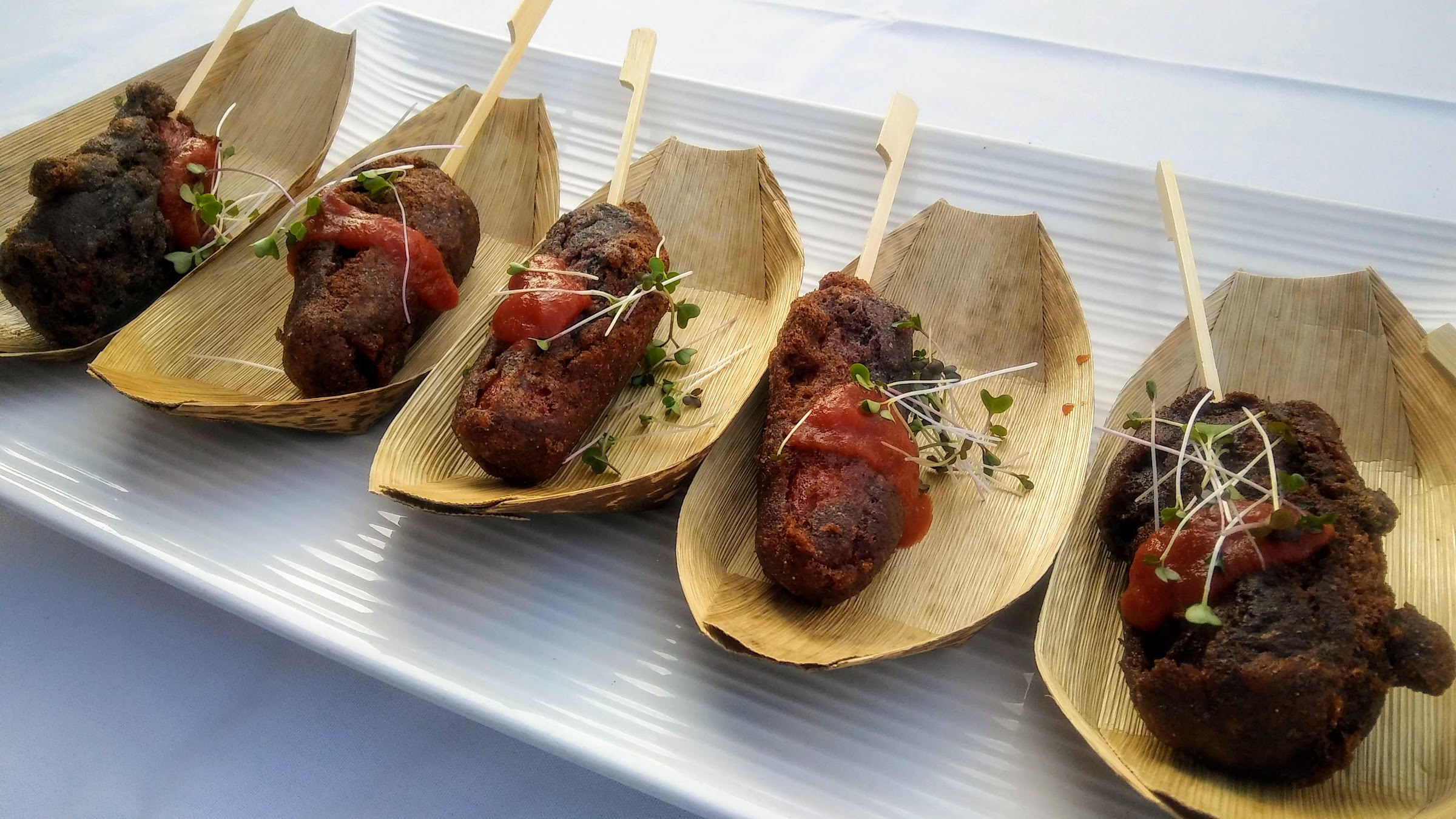 Bresaola meat cone stuffed with pimento cheese dip and garnished with chives. Look at these little cones of delightfulness. The air-dried, salted beef packed a punch of flavour, counterbalanced nicely with the bold, creamy pimento cheese. The receptacle, a sesame cone, was perfect for the bite-size app. topped with shaved hard cows milk. You don’t make friends with salad,
they say, but this was pretty tasty – and filling. The grilled corn
brought in some sweetness and some pop too. 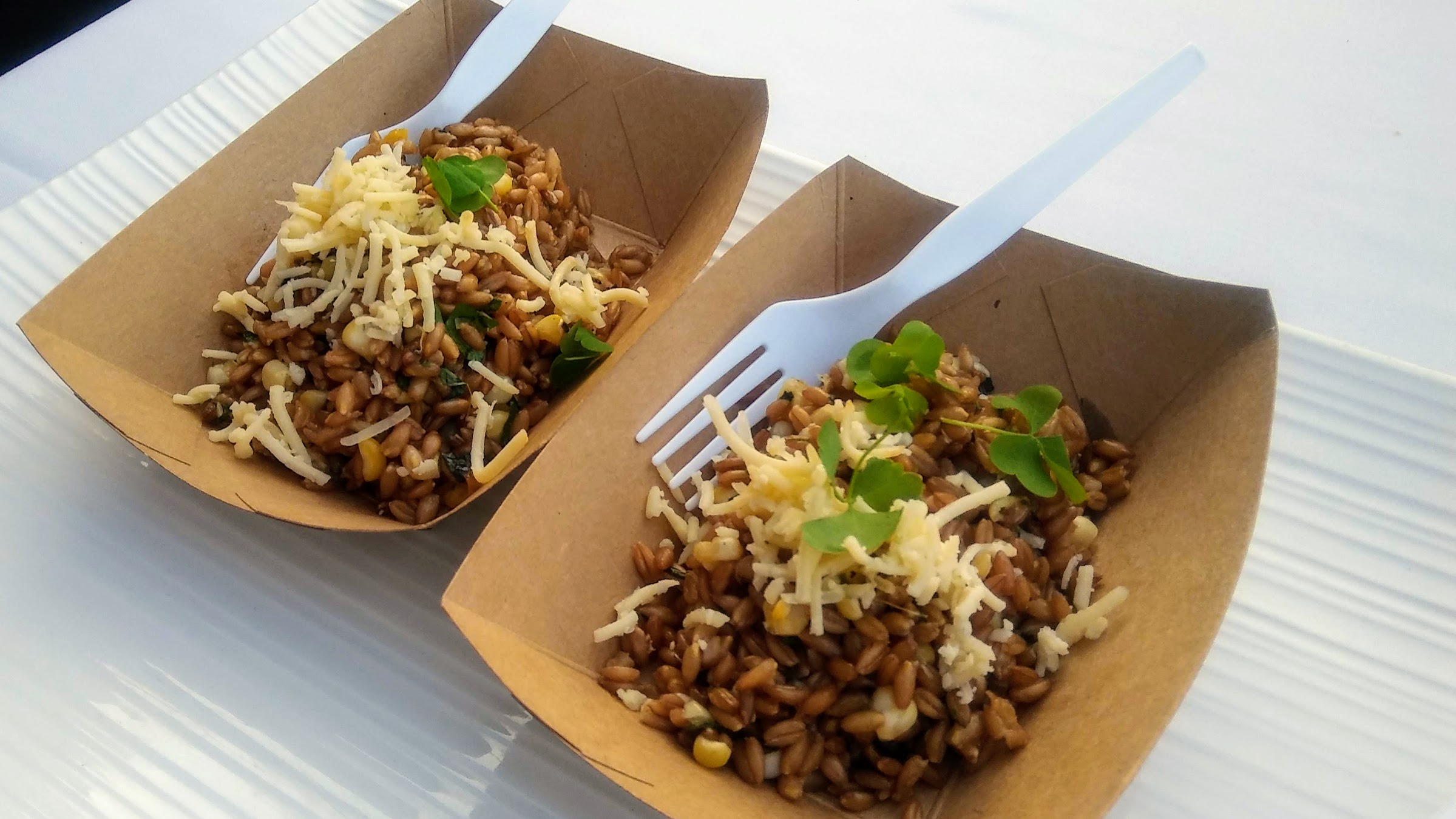 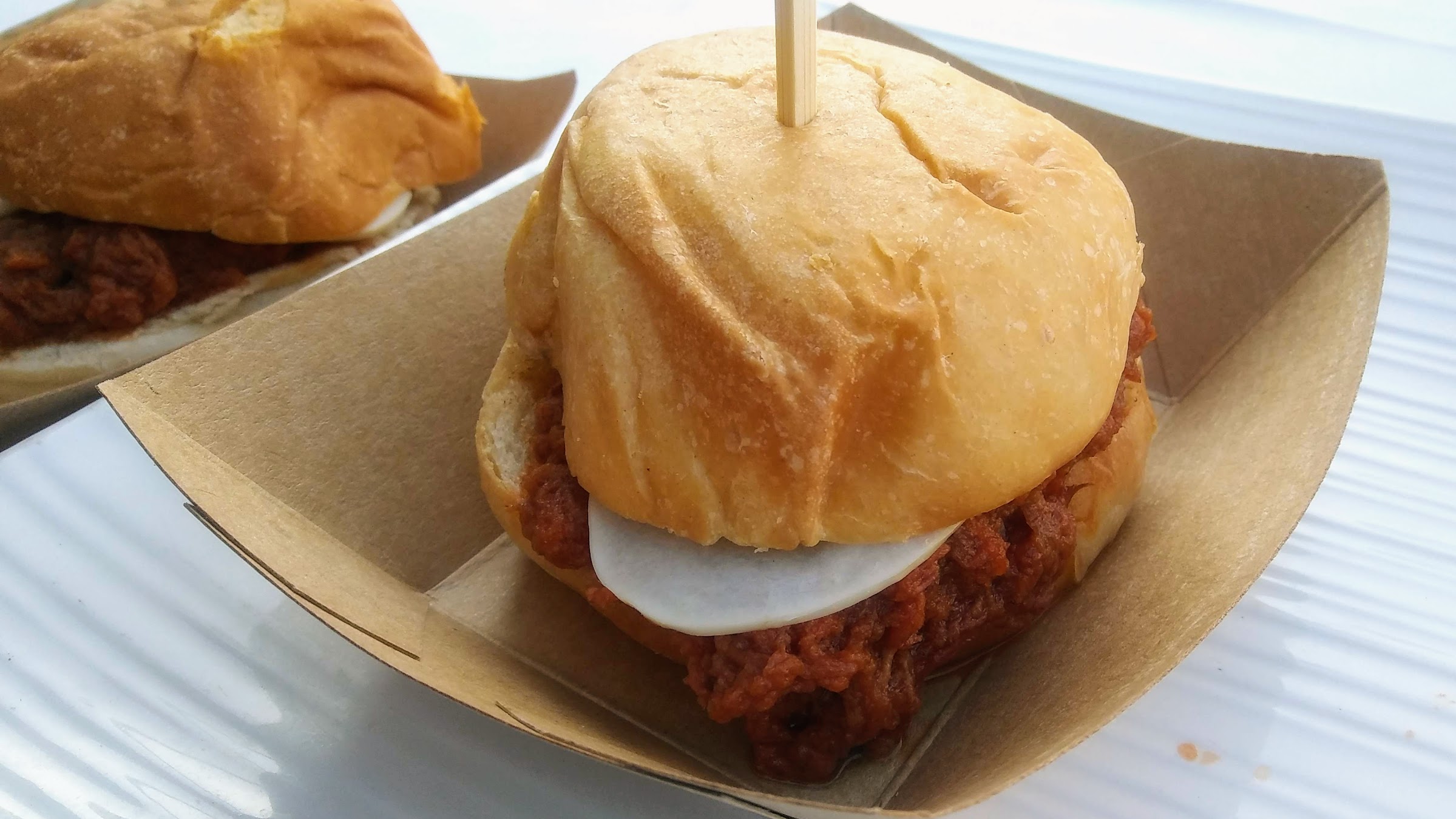 Outside round beef skewers with sea salt. This one looked better than it actually was. Not that it didn’t taste good – it’s beef on a stick after all! – but it was simply impossible to take a bite. Too chewy, as Andrea demonstrated to our group, much to her chagrin. I tried two samples and faced a similar fate. Eventually, the chefs realized what was happening and cubed the remaining meat to salvage it. 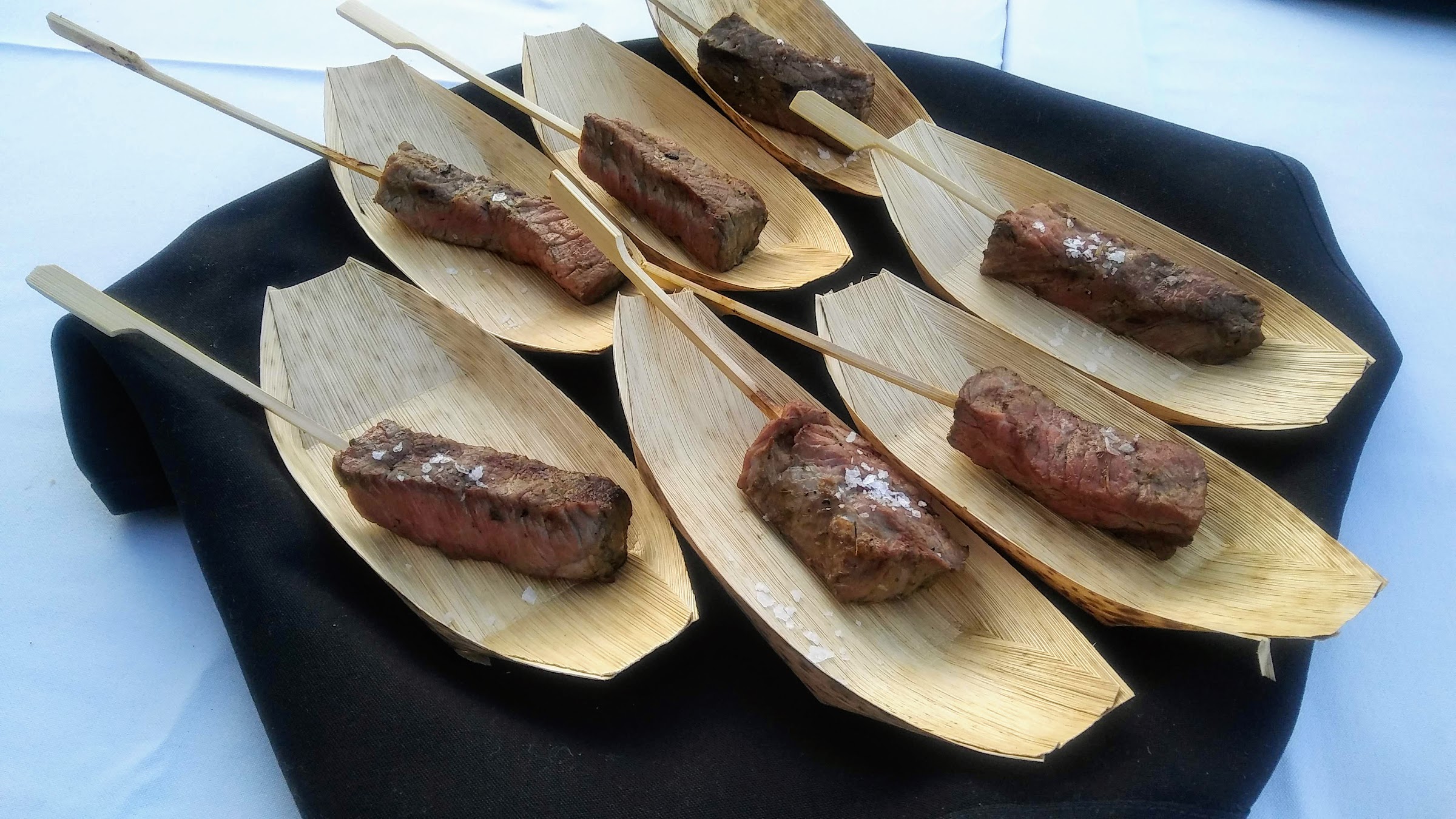 What a nice, flavourful evening it was. Ms. Waffle and I enjoyed our time on the rooftop, the food was (mostly) great and the weather perfect.

We totally would repeat the experience.