I say quick because it was a 1 PM start, so it reduces the available time before the game, especially considering the night before.

I planned ahead this time, and brought some equipment and supplies, including a propane stove to cook our pre-game meal.  For food, we went to Tops, which usually has everything one can need.

Not this time, though – one having self-imposed vegetarian constraints, we looked for veggie burgers or dogs.  No luck in downtown Buffalo.  But I was already planning a vegetarian chili.

I used a small hand-powered food processor to chop the onion and the green pepper. I melted the butter (picked up at Jim’s Steakout yesterday), then I lightly browned the onion.  I followed with the green pepper, and a good helping of salt and pepper. After a few minutes,  I threw in the can of tomatoes, heating at low.  Once it was simmering, I added my special blend (garlic powder, onion powder, morrocan paprika, black pepper, and Club House’s Chili Powder), then the beans and the corn.  I let simmer for a while in order for the chili to get denser, et voilà. 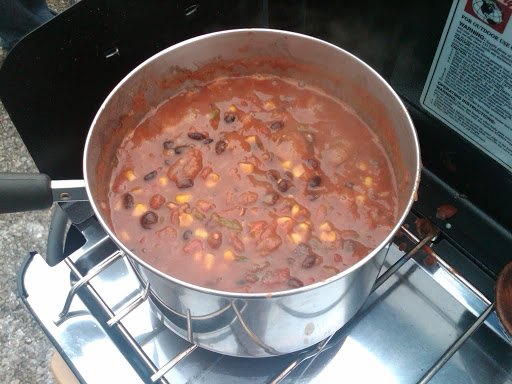 This was a pretty good chili, as far as non carne goes.  I usually do not add corn to my chili, but I thought it would be a good substitute for beef and add a nice colour and texture to the dish.  It was not too spicy, but the hot sauce gave it a nice bite.  I’ve got to admit that I did like that sauce – it is great for cooking.  But I can see why some might not like it on its own.  In the chili, however, it worked very nicely.

Steak sandwiches were also on the menu.  I toasted some buns, I quickly pan-fried some minute-steaks, finishing them with some of the Original Dinosaur BBQ sauce  – the Sensuous Slathering sauce – that I had picked up at the joint in Syracuse (More on that soon).  A great BBQ flavour, with smokiness, it has a dark honey colour.  Fairly thick, this sauce needed to be reduced a bit.  Although tomato is the main ingredient, the main flavours comes from the mustard and brown sugar. A little bit of a kick at the finish, a nice cayenne touch. 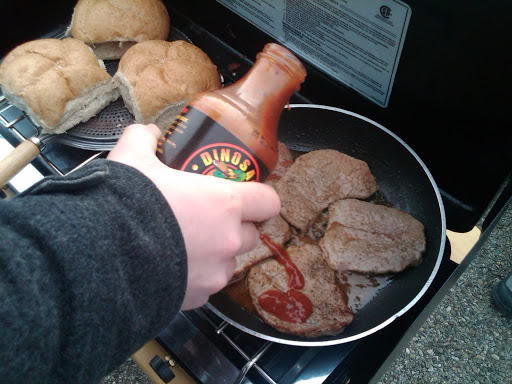 The sandwiches were a success, as you can see below (left). So much so that even the vegetarian joined in – no worries, he replaced the meat with a healthy helping of vegetarian chili (right). 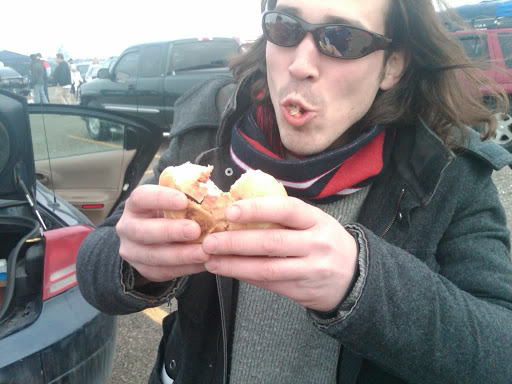 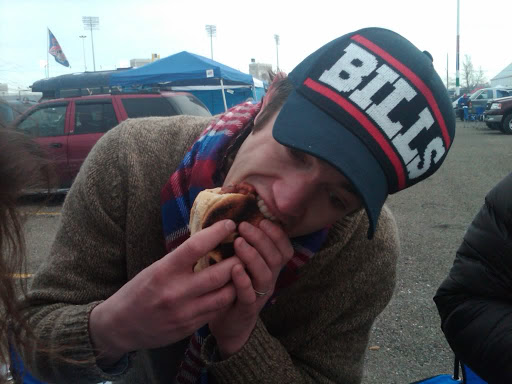 The Bills however did not do so well, but at least they were in it until the end. But nevermind.