Skip to content
Home Politics A British Poutine in Edmonton

A British Poutine in Edmonton

A very busy day during our caucus strategy session in Edmonton prevented me from eating lunch at a decent hour. Not that I’m complaining.

Eventually, I was able to escape during a break towards the end of the day, before our evening events. Nothing like lunch at 4:30 PM, Mountain Time! 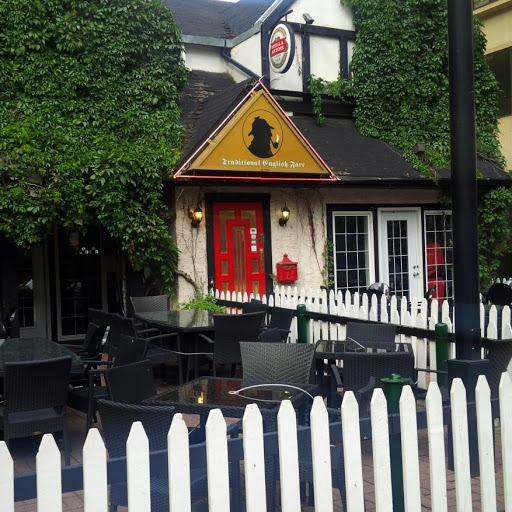 One of my favorite spot in Edmonton is the Sherlock Holmes Pub. It is conveniently located, has a laid-back, warm and cozy feel to it and has a great selection of beers.

The architecture is reminiscent of a British pub. Elementary, Watson: Lots of rich woods, ceiling beams, white walls. On them, you’ll find British memorabilia, Sherlock stuff and some local items. The establishment, opened in 1987, is part of a chain of British and Irish pubs across the city.

Being alone, I sat at a small table to the right of the bar. The place was filling with the after-work crowd, but it wasn’t packed yet. 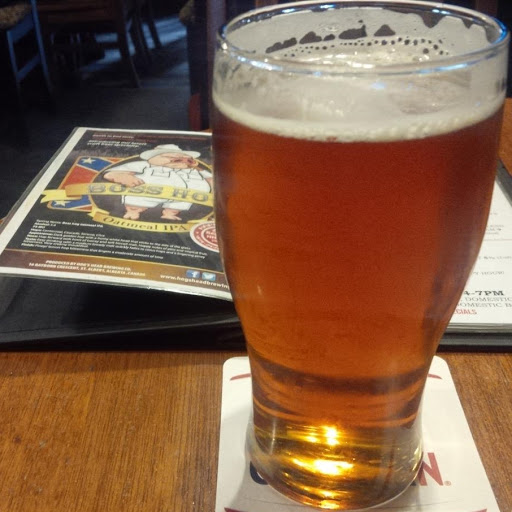 There was a deal on the Boss Hog Oatmeal IPA, it seemed suitable for the occasion.

Brewed in St. Albert by Hog’s Head Brewing company, the beer was a nice copper amber in hue, with a reasonable foamy head. Aromas of citrus, a hint of bitterness, it was lightly carbonated and generally smooth. The oatmeal was present, but a little underwhelming.

It being Wednesday, Sherlock also had a deal on their traditional poutine ($8 instead of $10) and I figured why not?

I had the option of adding Butter Chicken, Cajun Chicken or Spicy Beef to my poutine, but I elected not to.

It took about 15 minutes, and it came piping hot. 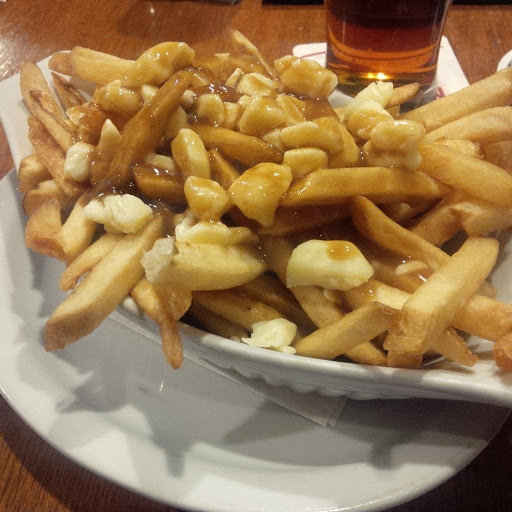 Sherlock makes his own gravy, a lightly spiced brown gravy which turned out to be a bit bland. The hand-cut fries, with bits of skin here and there, were crispy but felt a little saturated. Sherlock Holmes boasts their poutine is made with Quebec cheese curds. They were curds, no doubt about it. Were they from Quebec? Possibly. They looked like cheese curds, they tasted like cheese curds. Did they squeak like cheese curds? Nope. The squeakiness didn’t survive the trip, I suppose. Nevertheless, they were creamy and salty and slightly melted.

The dish was filling, though, and I left nothing in the plate. To sum up : this is the best poutine The Waffle ever had in a British Pub in Edmonton.